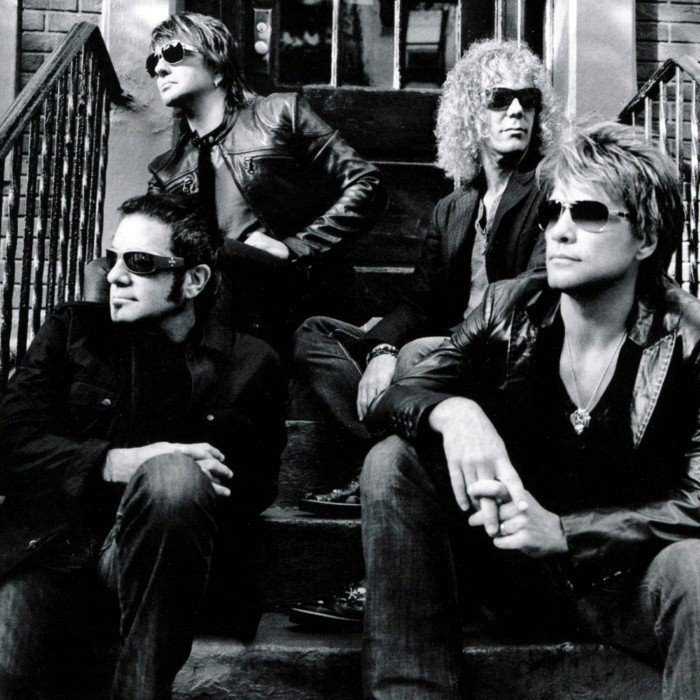 Bon Jovi is an American rock band from Sayreville, New Jersey. Formed in 1983, Bon Jovi consists of lead singer and namesake Jon Bon Jovi (John Francis Bongiovi, Jr.), guitarist Richie Sambora, keyboardist David Bryan, drummer Tico Torres, as well as current bassist Hugh McDonald. The band's lineup has remained mostly static during their history, the only exception being the departure of Alec John Such in 1994, who was unofficially replaced by Hugh McDonald. The band became known for writing several rock anthems and achieved widespread recognition with their third album, Slippery When Wet, released in 1986. After touring and recording non-stop during the late 1980s, the band went on hiatus after the New Jersey Tour in 1990, during which time Jon Bon Jovi and Richie Sambora both released successful solo albums. In 1992, the band returned with the album Keep the Faith. Their 2000 single "It's My Life", which followed a second hiatus, successfully introduced the band to a younger audience. Bon Jovi has been known to use different styles in their music, which has included country for their 2007 album Lost Highway. Their latest album, The Circle, was released on November 10, 2009 in the United States. Throughout their career, the band have released eleven studio albums, three compilation albums and one live album, and have sold 130 million records worldwide. They have performed more than 2,600 concerts in over 50 countries for more than 34 million fans, and were inducted into the UK Music Hall of Fame in 2006. The band was also honored with the Award of Merit at the American Music Awards in 2004. Jon Bon Jovi and Richie Sambora were inducted into Songwriters Hall of Fame in 2009. Jon Bon Jovi began playing piano and guitar in 1975, at the age of 13, with his first band 'Raze'. At 16, Bon Jovi met David Bryan and formed a band called Atlantic City Expressway. Still in his teens, Bon Jovi played in the band "John Bongiovi and the Wild Ones," playing local clubs like "The Fast Lane," and opening for known acts in the area. By 1980, he formed another band, "The Rest", and opened up for New Jersey acts such as Southside Johnny and the Asbury Jukes. By mid-1982, out of school and working part-time at a women's shoe store, Jon Bon Jovi took a job at the Power Station Studios, a Manhattan recording facility where his cousin Tony Bongiovi was co-owner. Bon Jovi made several demos-including one produced by Billy Squier-and sent them to record companies, though failing to make an impact. His first professional recording was as lead vocals in "R2-D2 We Wish You a Merry Christmas," which was part of the Christmas in the Stars album which his cousin co-produced. Bon Jovi visited local radio station WAPP 103.5FM "The Apple" in Lake Success, New York. He spoke directly to the promotion director, John Lassman, who accepted the song "Runaway" for inclusion on the station's compilation album of local homegrown talent. Bon Jovi was initially reluctant, but eventually gave them the song, on which Bon Jovi had used studio musicians to play on the track. The studio musicians who helped record "Runaway"-known as The All Star Review-were guitarist Tim Pierce, keyboardist Roy Bittan, drummer Frankie LaRocka, and bassist Hugh McDonald.