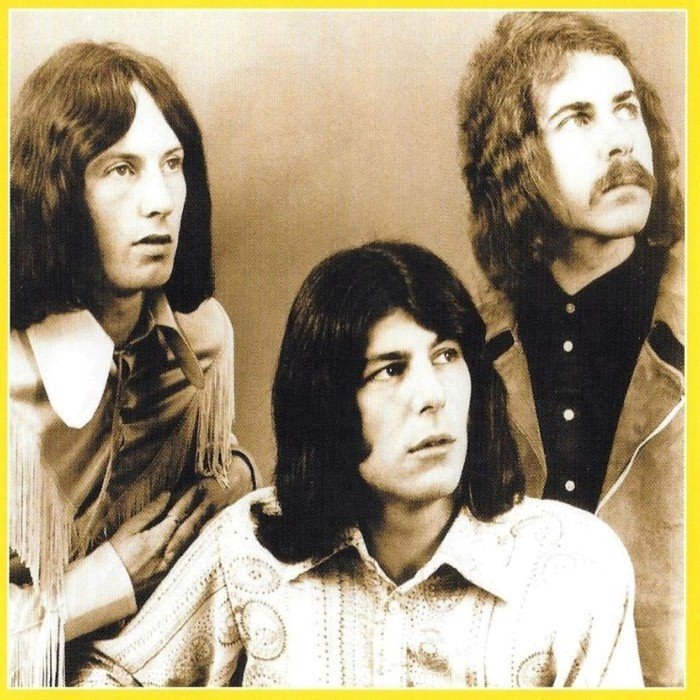 Christie was a British pop band formed at the end of the 1960s. In addition to Jeff Christie (born Jeffrey Christie, 12 July 1946, Leeds, Yorkshire, England) - vocalist, bassist and songwriter; they initially included guitarist Vic Elmes and drummer Mike Blakely (born Michael Blakely, 12 January 1947, Bromley, Kent, England) who is the younger brother of The Tremeloes' Alan Blakely. Jeff Christie had initially worked with several bands including The Outer Limits, who released "Just One More Chance"/"Help Me Please" (1967) and "Great Train Robbery"/"Sweet Freedom" (1968), and Acid Gallery, whose single "Dance Around The Maypole" (1969) was written by Roy Wood. That year Jeff Christie offered his composition "Yellow River" to The Tremeloes. They recorded it to release as a single, but when they changed their minds they allowed Christie to use the backing track themselves. The result was a UK number one hit in May 1970, and subsequently #23 in the U.S... The follow-up single, "San Bernadino" (October 1970) reached UK Number 7 and Number 1 in Germany, but only U.S. #100. Both tracks became flash songs on their eponymous debut album of that year, and it stayed on U.S. Billboard chart for ten weeks. But the trio failed to sustain a lasting career, and Blakley was replaced by Paul Fenton just before the release of the band's second album, For All Mankind (1971). Lem Lubin (ex-Unit Four Plus Two) was added to the line-up for Iron Horse (1972), but the title track proved to be the band's final hit single. The departure of Fenton and Lubin hastened the demise of the original line-up, but Jeff Christie returned with new members Terry Fogg (drums), Roger Flavell (bass), and Danny Krieger (guitar). A 1974 single "Alabama"/"I'm Alive" failed to resurrect the band's fortunes, and new members Tony Ferguson (guitar) and Roger Willis (drums) were brought in to join Christie and Flavell. Jeff Christie disbanded the group in 1976. He released two solo singles for the RK label in 1980, and since then has written advertising jingles and appear on classic hits shows singing his greatest hits. "Jo Jo's Band", written by Elmes, was a chart-topper in Argentina and Brazil, while the last Christie hit, "Navajo", was Number 1 in Mexico. Jeff Christie reformed the band in 1990 with members of UK band Tubeless Hearts, Kev Moore, Simon Kay and Adrian 'Fos' Foster. They tried to represent United Kingdom in the Eurovision Song Contest 1991, but were unsuccessful. They continued to tour for a further twelve years all over Europe, Russia and Israel, recording intermittently.