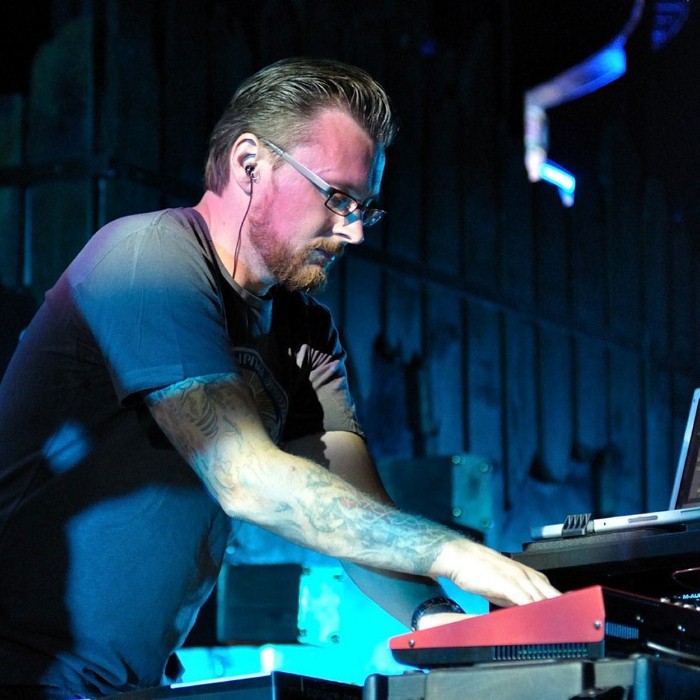 Conjure One is a Canadian electronic music project, headed by Rhys Fulber, better known as a member of Front Line Assembly and Delerium, as well as other musical groups alongside Bill Leeb. Fulber left Front Line Assembly and thereby all other Leeb-associated projects in early 1997, in pursuit of a solo career. Soon after, a debut album was announced, though Fulber's work as a producer and remixer eventually pushed its release to September 2002. The self-titled album was a fusion of the electronic characteristics of Fulber's previous work -- keyboard-based, with rhythmic dance beats -- and the influences of Middle Eastern music, which inspired ambient melodies more reminiscent of Delerium. A number of songs were more pop-oriented and featured guest vocalists, primarily Poe and Chemda, the latter singing entirely in Arabic. Sinéad O'Connor and Jeff Martin of The Tea Party were also featured. After returning to Front Line Assembly and Delerium, in 2005 Fulber released a second album entitled Extraordinary Ways. This album utilized much more contemporary sounds, including much greater prominence given to guitars and trip hop-like beats. Vocalists included Tiff Lacey, Poe (credited as "Jane"), Chemda, Joanna Stevens, and even Fulber himself (covering a song by the punk band Buzzcocks). In 2007, Germany's biggest selling female pop star of the 80s Sandra Cretu covered "Sleep" as a bonus track on her single "The Way I Am".