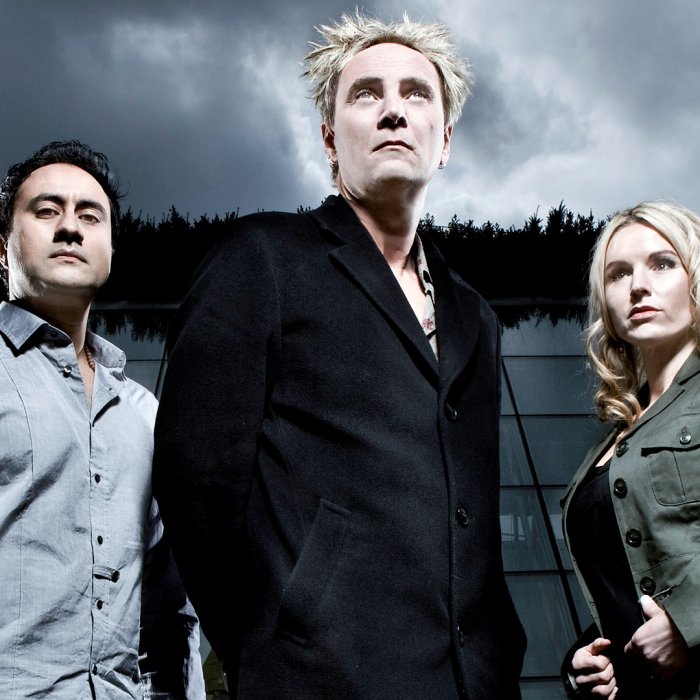 Delerium is a Canadian musical group that formed in 1987, originally as a side project of the influential industrial music act, Front Line Assembly. Throughout the band’s history, their musical style has encompassed a broad range, including dark ethereal ambient trance, voiceless industrial soundscapes, and electronic pop music. They are best known for their worldwide hit, "Silence" which featured vocals from Sarah McLachlan. The song been hailed as one of the greatest trance songs of all time, over a decade after its initial release, Delerium has traditionally been a two-person project, but the only constant member throughout its history has been Bill Leeb. Leeb was a guest musician and early supporter of industrial dance pioneers Skinny Puppy, but after he left in 1986 he went on to create his own project, Front Line Assembly with collaborator Michael Balch. Later, the two worked on the side project Delerium and released their first album, Faces, Forms & Illusions. After Balch left both Front Line Assembly and Delerium, Leeb worked with Rhys Fulber, and the two released several albums under the Delerium moniker; these years saw a gradual stylistic change from darker ambient to a more danceable sound. After the release of Karma, Fulber left to pursue other interests, and Leeb teamed up with producer Chris Peterson to release Poem. 2003, however, saw the reunion of Leeb and Fulber for the release of Chimera, followed by Nuages du Monde in 2006. In contrast to Leeb and collaborators' other projects, Delerium has included several guest vocalists since the release of Semantic Spaces. These have included mostly women, such as Kristy Thirsk, Sarah McLachlan, Leigh Nash (of Sixpence None the Richer), Elsieanne Caplette (of Elsiane), Lisa Gerrard (sampled only), Jaël (of Swiss band Lunik), Camille Henderson, Nerina Pallot, Emily Haines (of Metric), Jacqui Hunt (of Single Gun Theory), Isabel Bayrakdarian and Shelley Harland. Other than Leeb, only three males have contributed vocals to a Delerium album: Matthew Sweet ("Daylight", on Poem), Greg Froese ("Apparition", on Nuages du Monde), and Michael Logen ("Days Turn Into Nights", on the newest release Music Box Opera); in addition, the noted griot Baaba Maal was sampled ("Awakenings, on "Spiritual Archives"). The Mediæval Bæbes provided the vocal track for, and starred in the video of, Aria; the vocals are an adapted version of the vocals from "All Turns to Yesterday" on the Bæbes' Worldes Blysse album. They are also featured on two tracks from Delerium's 2006 album, Nuages du Monde. Although it may be argued that Front Line Assembly has the largest cult following of all Leeb and associates projects, Delerium is undoubtedly the most financially successful. In addition to these two mainstays, related projects of the Leeb, Fulber, Peterson, Balch family include Equinox, Intermix, Noise Unit, Pro-Tech, and Synæsthesia, among others. In addition, in 2007 Leeb and Fulber collaborated with Leigh Nash under the name Fauxliage, also Rhys Fulber maintains his solo project Conjure One since his temporary exit from Delerium.