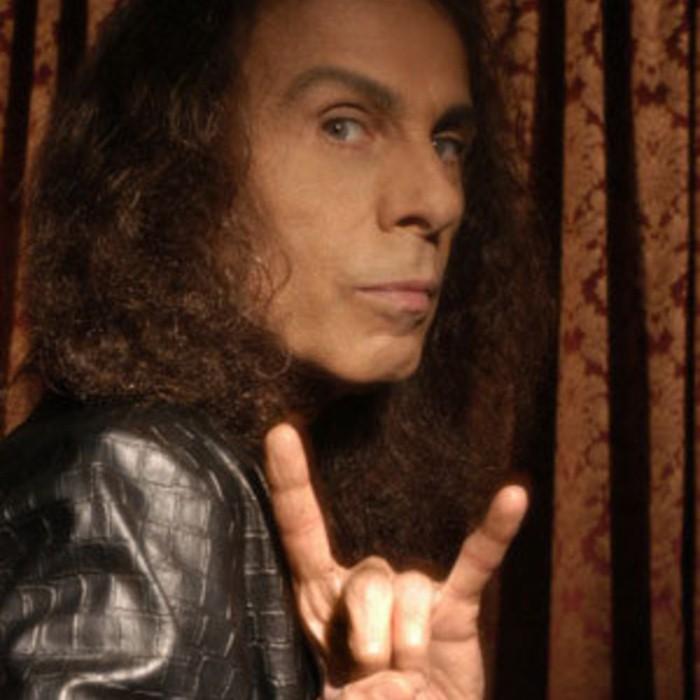 Ronald James Padavona (July 10, 1942 - May 16, 2010), better known as Ronnie James Dio, was an American rock and heavy metal vocalist and songwriter. He performed with, amongst others, Elf, Rainbow, Black Sabbath, Heaven & Hell, and his own band Dio. Dio was an American heavy metal band. Formed in 1982 after Dio left Black Sabbath with intentions to form a new band with fellow former Black Sabbath member, drummer Vinny Appice. The name Dio was chosen because it made sense from a commercial standpoint, as the name was already well-known at that time. The band released ten studio albums and had numerous line-up changes over the years with Ronnie James Dio having been the only constant member. Guitarists have included Craig Goldy (most recent guitarist), Doug Aldrich, Vivian Campbell, Tracy G, Jake E. Lee and Rowan Robertson. Dio's other musical projects include the collective fundraiser Hear 'n Aid. He was widely hailed as one of the most powerful singers in heavy metal, renowned for his consistently powerful voice. He often ranks as one of the greatest rock vocalists of all time in various online polls and lists. He is credited with popularizing the "metal horns" hand gesture in metal culture. Prior to his death, he was collaborating on a project with former Black Sabbath bandmates Tony Iommi, Geezer Butler, and Vinny Appice, under the moniker Heaven & Hell, whose only studio album, The Devil You Know, was released on April 28, 2009. Dio died of stomach cancer on May 16, 2010