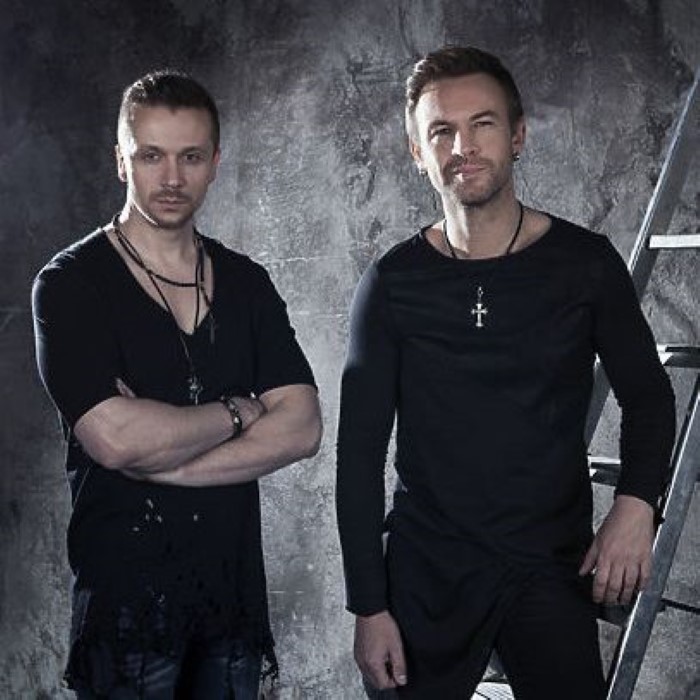 There are two artists under Plazma. 1. Plazma is a pop and dance music duo from Russian Federation. Plazma is the first and the leading Russian band singing mainly in English, as well. Once, Plazma won the deserved Popov title for the most quantitative airplay. The style of Roman Chernitsyn and Maxim Postelnyi varies from an easy synth pop to the complete drive of a pop rock music. However, this music always has romantic lyrics. The duo is loved and admired by its listeners across the country. Born in Volgograd, two high school graduates have created their first duo called Slow Motion and already decided that all of their songs should be made in English. First, they are the fans of Western music themselves. Second, they think that songs sang in Russian are not seriously considered by those who rather speak in English. In 1998, Slow Motion's potential has been considered by different kinds of labels. Roman and Maxim moved to Moscow in and signed a five-year contract produced by Дмитрий Маликов. Eventually, the translation of the duo's stage name was undertaken as the slow-moving. Everybody's opinion on the new name was that it should sound equally in every language should be bright as well as should be easy to remember. That is why Plazma was created. The duo's first single Take My Love was a breakthrough. Rearranged in Malikov's studio and completed by its video clip, the track of ex-Slow Motion became the dance anthem of the country in 2000. The next track The Sweetest Surrender was so dance-oriented that even its music video didn't have a clear plot. In December 2000, the duo released its album Take My Love. Immediately after its release, the CD became number 1 in Russia. The third promo was done to the Lonely track. Filmed in 2001 in Hodzha Nasredin restaurant, the music video featured the real flesh of Russian Blue breed cats and glamourous female models. The director Irina Mironova had an ability to transform a sad song into the stylish and successful music video. You'll Never Meet An Angel hit was featured in August 2002 video and announced the release of the second album. The night scene video with beautiful girls, guns and cars always looked like the real thriller. Dmitri Malikov himself has plaid the role of one cigar-smoking boss. Later, Plazma has used the chance to show that even the clubbing heroes consider serious music. Comparing to the debut release, the duo's second album 607 was done in a more lyrical way. In 2003 in live performance, Plazma included an acoustic guitar musician Nikolai Trofimov. By this time, Roman and Maxim have already performed in Vietnam, in Finland, in France as well as in Baltic Countries. In 2004, music channels introduced a video for One Life. In Kevin Johnson's plot, Maxim and Roman save the girl which is dying isolated for her illness. After a long break, Plazma came back to charts with a new album called Black and White. Since then, some media was made available on Last.fm. Currently as a band, Plazma is busy with its creative work. The official website is http://www.plazma.ru/ 2. Japanese plazma makes club music on various genres, such as Trance, Techno, House, and Ambient. He is producting game music and also acting as an artist and sound creator. Produced by BIG TREE RECORD. http://www.plazma-automagic.com/ Read more on Last.fm.